Learn Here the Process to Enable Dark Mode on Snapchat’s both iOS and Android App!

As digital literacy is increasing in the world, so is the use of electronic devices. An average person spends more than 10 hours in front of his mobile, laptop or TV.

Talking about the younger generation, they are more connected with their phones or laptops. Most of them spend their time especially at night by keeping themselves active on social media apps like Instagram, Facebook, Snapchat, Twitter and many more.

However, the harmful and high intensity light emitted from electronic devices causes problems in continuous watching. The problem becomes worse at night as the bright light of electronic devices puts a lot of strain on our eyes and leads our body to various problems like migraine, fatigue, headache, stress and other mental diseases that makes it difficult for people to get sleep.

So when people started complaining that their eyes are straining from using the phone at night then, to deal with it; most of the mobiles and laptops come with extra protective shields on the screen and in fact most of the apps on these devices have also started providing dark mode as an option to protect eyes.

What Exactly is Dark Mode?

Dark mode (also known as Night mode) is a feature on electronic devices and apps using which you can change the background of your device or what they say, the landscape of the app to a darker version.

To be precise, with the Dark Mode setting on, the color scheme of the device changes to either the dark or black version. So, Dark Mode or often referred to as Bedtime Mode is one kind of display setting that you can use when you are planning to stay up late at night as it reduces the light emitted from the device by up to 80%.

This means, dark mode makes it possible for you to use your smartphone or other electronic device at night without straining your eyes or making it difficult for you to sleep.

The Dark mode feature in apps was at its peak in 2019. At that time, almost every other software maker was focusing on rolling out dark mode on their applications.

Social media platforms are also not out of this as it has already been mentioned that nowadays the younger generation spends most of the time on social media. Hence, most of the social media apps including Facebook and Instagram also introduced dark mode features so that people can use their platform at night.

However, if there’s one app that didn’t follow the trend and offer this night mode feature until last year, it’s Snapchat.

Snapchat is one of the popular instant messaging apps and has become so trendy these days that people love to snap every little detail of them like what they do, where they go, what they wear, eat and much more.

Thus, keeping up with its popularity, this photo-centric messaging platform has finally released the Dark Mode feature update on iOS earlier this year to take its user-experience to the next level.

However, on Android, Snapchat has not yet added this beneficial feature; but still, it can be turned on with some setting changes.

How to Enable Dark Mode on Snapchat in iOS and Android 2022?

Snapchat is available on different OS including iOS that is the operating system of Apple iPhone and Google Android.

So, for all those Snapchat users who want to use this photo-sharing app in dark mode, we have provided you an easy step-by-step process to enable dark mode on Snapchat in both iOS and Android devices.

Having said that, let us begin without wasting a second more—

Turn on Dark Mode in Snapchat on Your iPhone Device

Although iOS is famous for its anti-data theft and privacy policy as it does not provide any app, more permissions than what is required to run normally, but in this case, the good thing is that iOS has given the privilege/permission to Snapchat to enable dark mode directly from the app.

So, to do that you just have to open the Snapchat and follow the steps in the given order—

[Note: This opens your Snapchat profile where you can change your avatar and many other things to your profile.]

[Note: In this section, you can change the appearance of Snapchat like theme, color etc. Not just that, you can also change the landscape of your app as per your convenience.]

As the name suggests, if you choose the first “Match with your iOS” option, the theme of the Snapchat matches with the theme of your iPhone i.e., if you have chosen dark mode on your iPhone then, Snapchat will also run in the dark mode and vice-versa.

If you select the second option i.e., “Always Light”, then Snapchat will run in a light theme. This means, dark mode will remain disabled in this case.

Finally, if you choose the “Always Dark” option, it enables the Dark mode on Snapchat, and now you can run Snapchat in the dark mode.

[Note: If you are having migraine or eye strain problems then, it is recommended to use the Always Dark option.]

As already mentioned, the setting to enable or disable the dark theme is officially missing from Snapchat’s Android app as of today. However, there are thousands of users who write daily on Snapchat to add this feature, but despite this, it has not been released even in the recent update.

So, if you too are an Android user then, don’t be discouraged. Like many other Android users, if you are wondering if it is possible to get dark mode in Snapchat’s Android app, let us tell you that, luckily it is!

Android is owned by the tech giant Google and is the most used Operating System in the world after Windows and iOS. Thus, to enable dark mode in Snapchat on your Android, this article will help you.

However, in this regard, you should know that you can activate dark mode on Snapchat by activating “Forced System Wide Dark Mode” which may not work perfectly with Snapchat on your device.

But, still if you are interested in doing it here is how you can proceed—

[Note: Remember that this is your phone settings and not the app setting which we changed on iOS.]

[Note: This mode enables you to change various things which you otherwise would not have.]

However, as Snapchat in its newer updates has changed itself to not react to forced dark mode, so either you can use older version of Snapchat or can go for the third-party app to activate dark mode on your device.

If it’s about getting dark mode in the Android Snapchat app, there are several apps on the Play Store that enable dark mode on your Android device like
“Night Owl” or “Blue Light Filter”.

These third-party apps block harmful light emitting from your screen and only allow light of a particular color which gives relief to your eyes. For example, blue light filters allow only blue light.

Another way is to download the mod version of Snapchat which forcefully inserts dark mode in Snapchat but such an app can be downloaded from any other third party app store and not from play store.

That is all! As is clear by now, the process to enable dark mode on Snapchat differs for iPhone and Android users. For iPhone users, though it is much easier, as it can be done directly from the app, Android users will either have to follow the indirect method discussed above or use third party apps to do so.

However, in short, it is possible to enable dark mode on Snapchat in both Android and iPhone devices and hopefully, you must have learned how to do so with the help of this related article.

Here are answers to some of the most frequently asked questions by users regarding Snapchat dark mode. These questions are generally raised by users who are quite active on social media platforms like Facebook, Snapchat and others. So let’s have a look—

Q: Does enabling Dark mode improve battery life?
A: The answer to this question is yes but, it just makes minor improvements. The science behind this is that the intensity of the pixels used in the screens of the device is reduced up to 90% by which it does not consume a lot of power from the battery. Hence, though minor, if you enable battery life it extends the battery life as well.

Q: Does enabling Dark mode help in eye strain?
A: Yes, as per the new reports the cases of health problems related to using phones and laptops are increasing day by day and the main reason behind is the high intensity rays which comes out of your device. So, by enabling the dark mode, these rays are reduced up to 80% which does not affect as much and hence gives lesser strain to our eyes.

Q: Does the Android Snapchat App have Dark mode?
A: The Android version of the Snapchat officially does not contain dark mode but by using either of the above-mentioned 2 methods you can enable dark mode on Snapchat on your android device.

Q: Will the Android App of Snapchat Get Dark Mode in the Future?
A: Unfortunately, we cannot answer this question as there is no official announcement or any official notification from Snapchat that they are releasing the dark mode update for android users even early in 2022.

Though, if you are an android user and waiting for the dark mode update of Snapchat then, you can request the App developers of Snapchat by submitting the feedback through your app.

The more such forms of suggesting Snapchat of adding dark mode will be submitted, the more are the chances that Snapchat would release the update until then the above-mentioned method can be used.

Next, you can read these posts related to Snapchat: 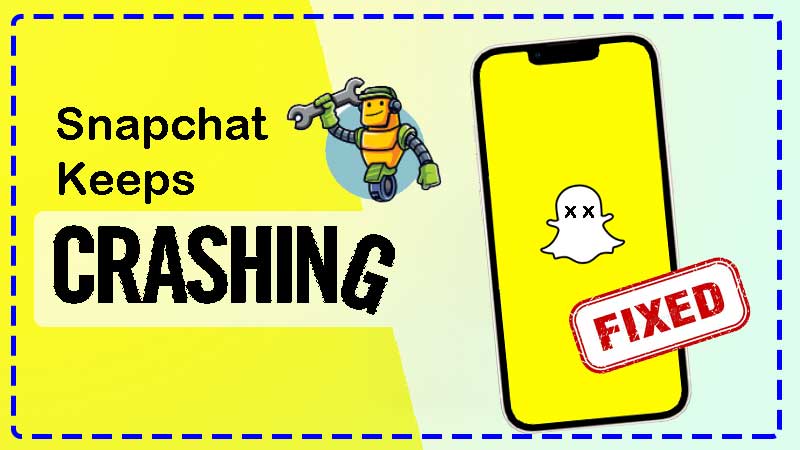 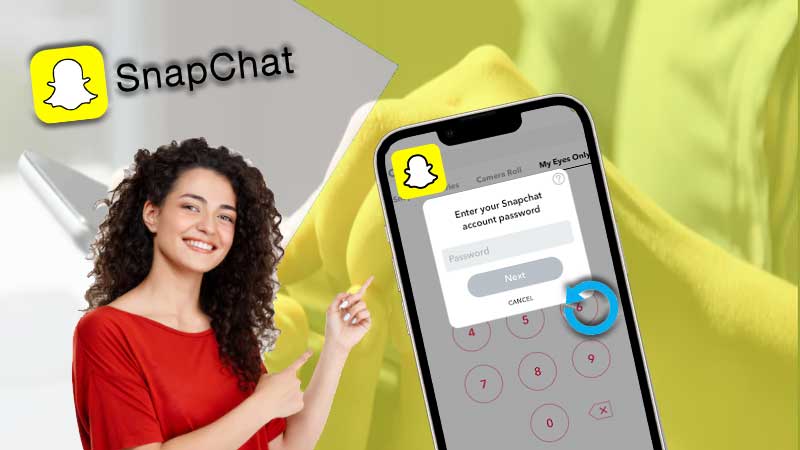 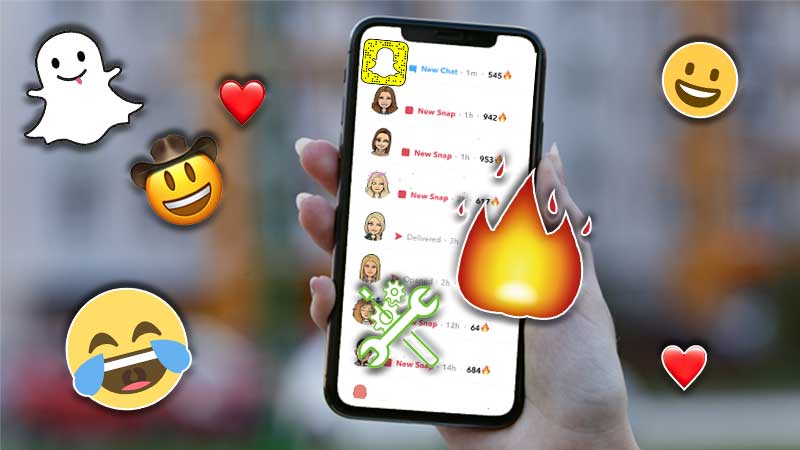 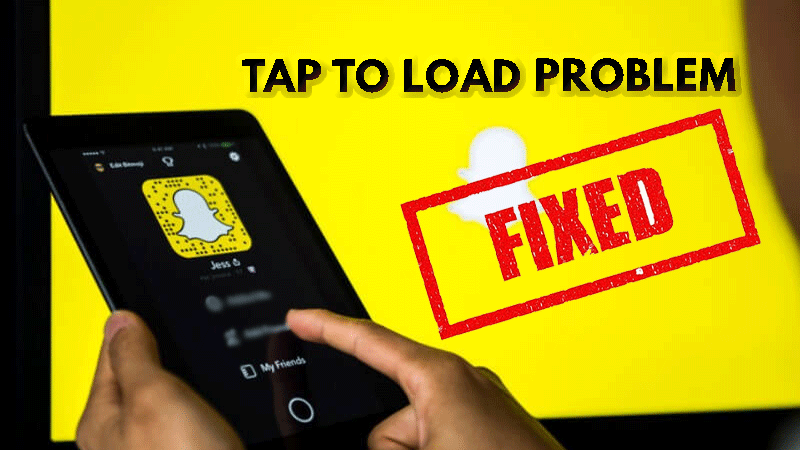 Solve the ‘ Tap to Load’ Problem in…